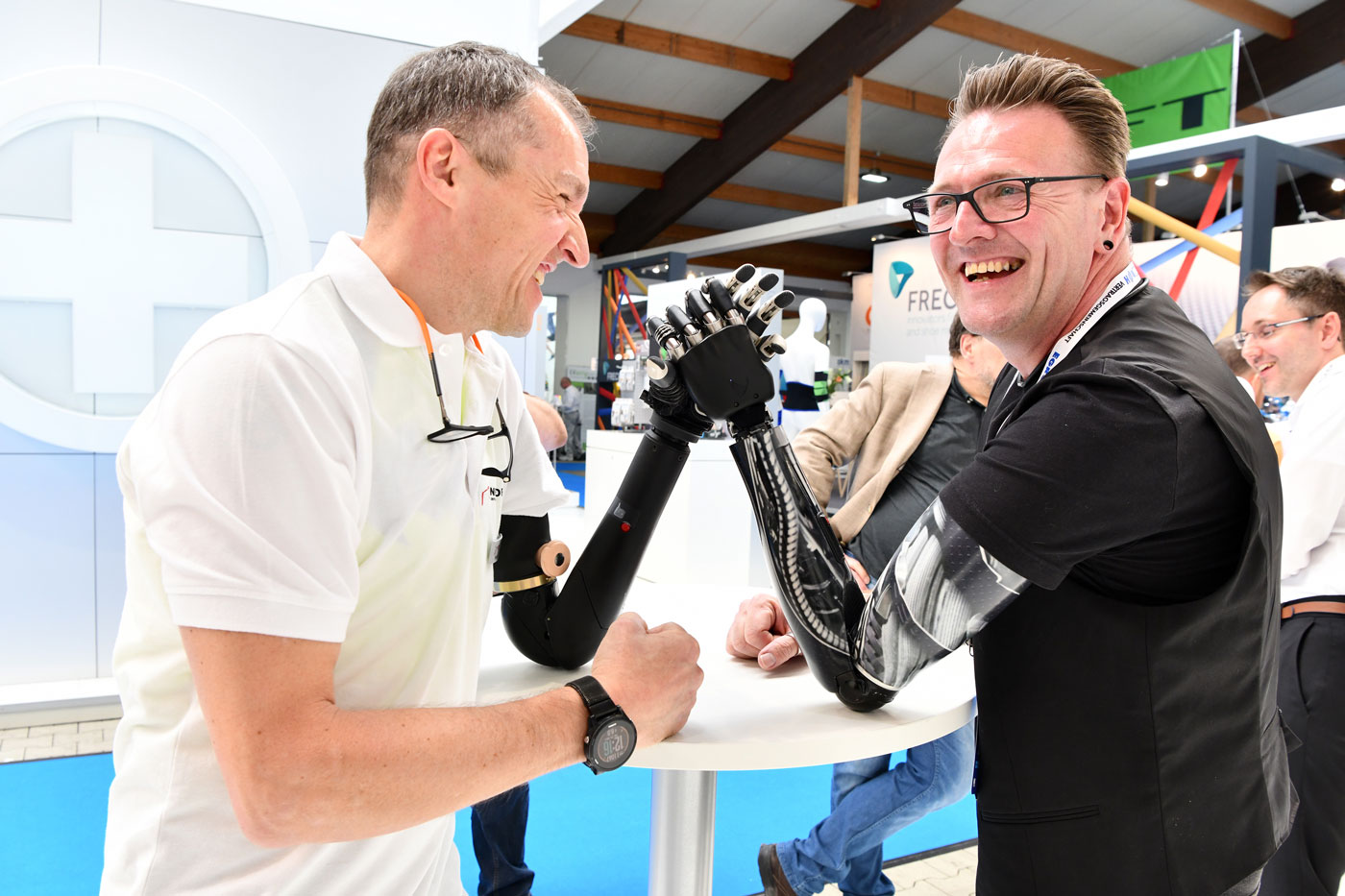 From 16 to 18 March 2023, Messe Kassel will be the venue for the international trade fair for specialist stores providing medical supplies, rehabilitation, orthopaedic technology and orthopaedic shoe technology. After a corona-related break, the leading trade fair for the specialist health trade can finally take place again in 2023 and will offer numerous opportunities for knowledge transfer and discussions with customers and business partners.

Pioneering innovations and offers will be presented on 20,000 square metres of exhibition area. The great variety of products at the trade fair guarantees trade visitors a comprehensive overview on all new products, supplies and services, specially tailored to the healthcare trade. These are ideal conditions for identifying trends and thus strengthening the own position within the market.

Companies can now register for an exhibition space at EXPOLIFE 2023.
Further information is available here: Aussteller-Anmeldung. 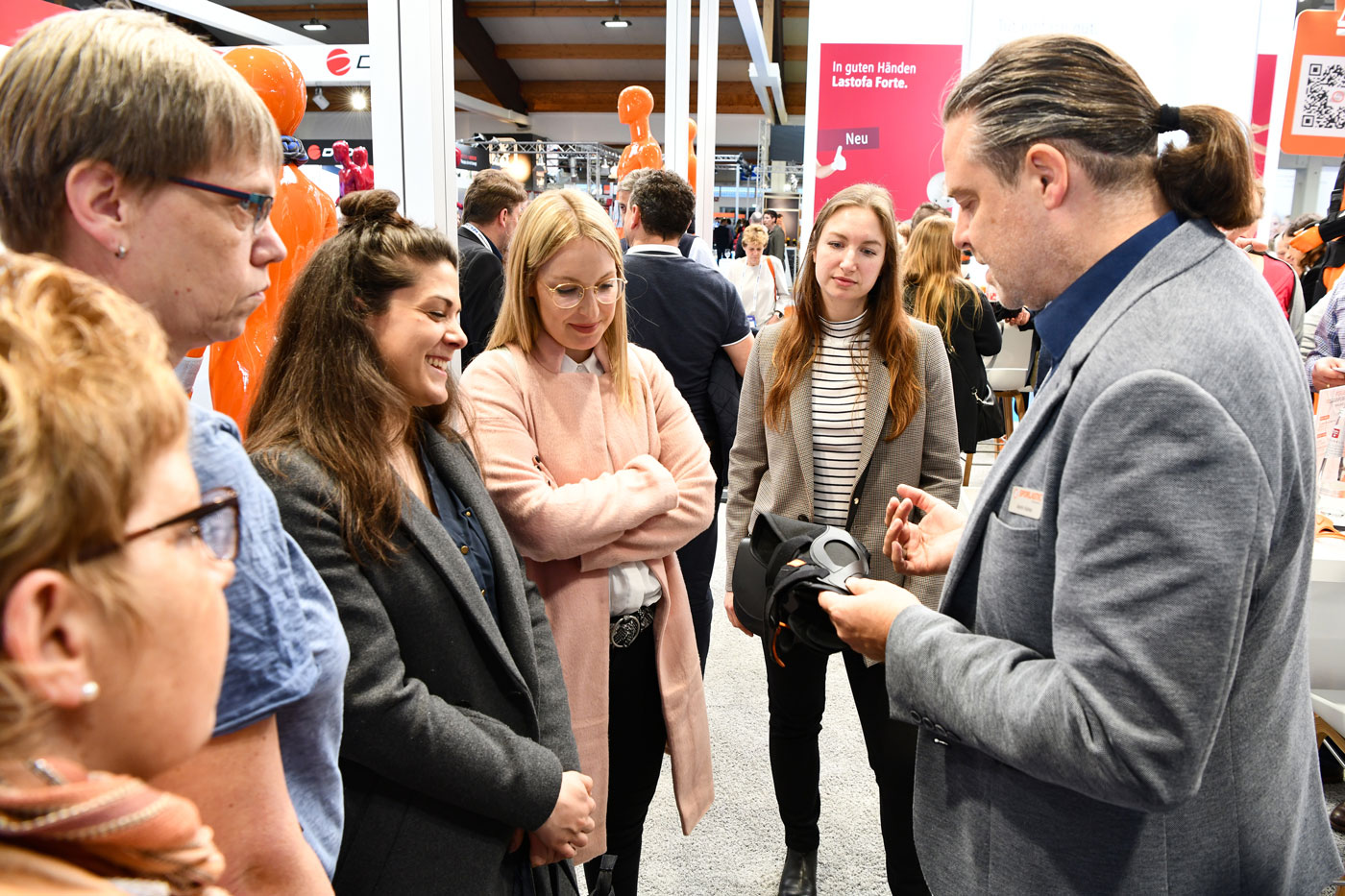 EXPOLIFE presents the entire range of new products and services, provides concentrated know-how on everything that drives the industry and identifies key topics which are and will be important.

Join EXPOLIFE seminars, aimed at all occupational groups within the health care trade. Everyone, may it be apprentices or managing directors, are invited to attend various impulse lectures at the trade fair. In addition, interactive workshops and the Open Forum invites you to actively share know-how and engage in networking.

A special highlight is the EXPOLIFE Party. The evening event offers you the perfect opportunity to exchange ideas with colleagues and business partners, socialise and strengthen existing business relationships. 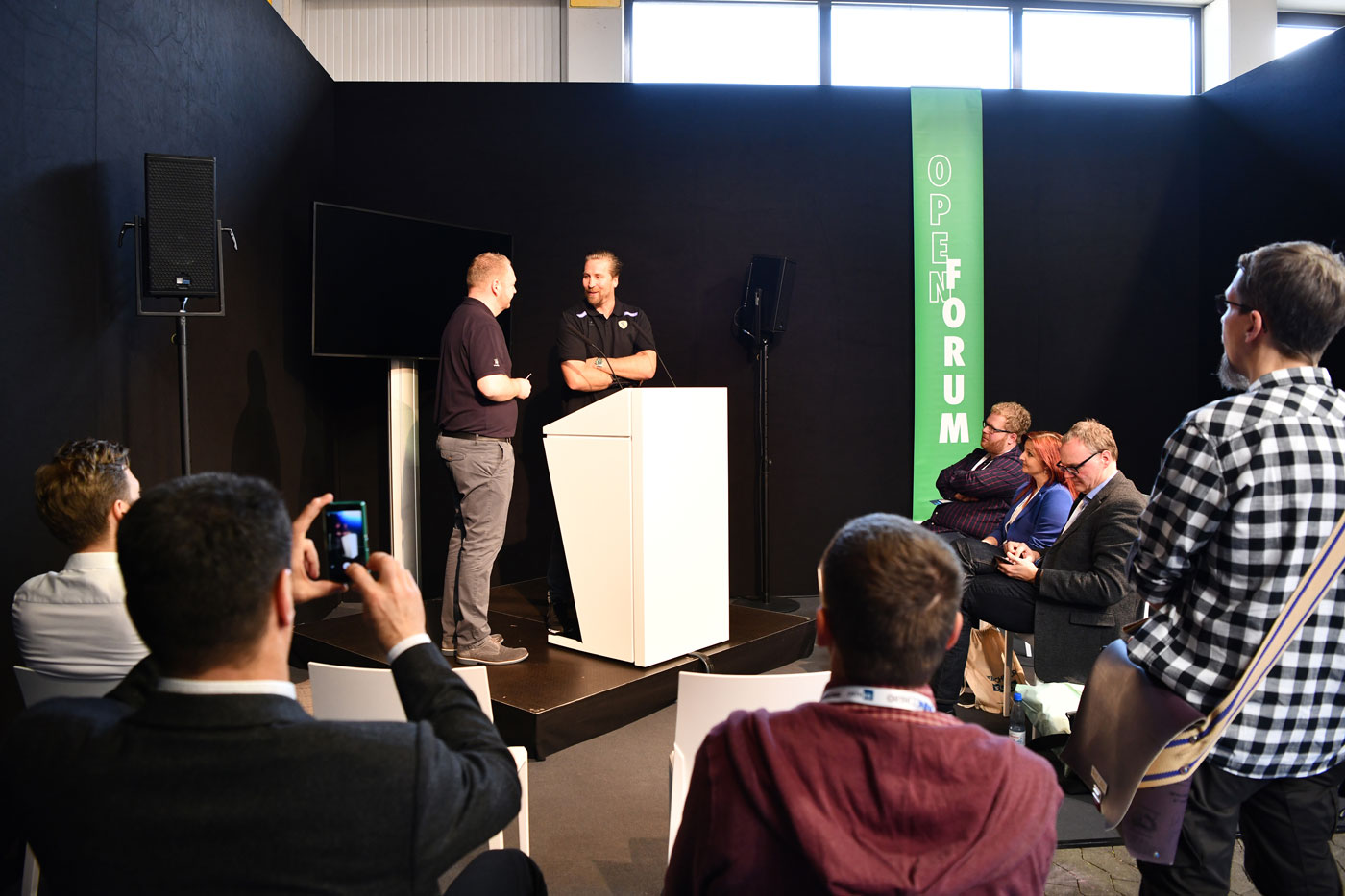 The consultants of karriere-ot are specialized in the recruitment of experts and executives in the orthopedic technology market.
With more than 11 years of experience in recruiting and headhunting, our consultants have important industry knowledge and methodological skills to occupy vacancies with the best possible candidate.

We offer service providers and manufacturers individual solutions and motivate candidates to apply for new career opportunities. Thereby we solve the requirements of our customers and offer new challenges to our candidates which are not published on job markets.

If you are looking for a new professional challenge or if you are interested in our recruitment services, do not hesitate to contact us.

EXPOLIFE INTERNATIONAL 2017 Valuable ideas and networking for the health industry

The 11th International Trade Fair for Medical Centres, Rehabilitation, Orthopaedics and Orthopaedic Foot Care Specialists from 27 to 29 April proved to be a major attraction and an indicator for the health industry

SEven in advance of this year’s EXPOLIFE INTERNATIONAL, it was clear that the interest shown by the industry in exhibiting the goods and services at Kassel Exhibition Centre was continuing to rise. Ultimately more than 230 leading manufacturers, suppliers and service providers in the industry filled the exhibition space which had once again been extended. German and foreign companies showed off their latest product, care and service developments in five double halls with a total area of 17,500 m². The event once again demonstrated its position as the leading trade fair for this industry with 8017 trade visitors taking the opportunity to gain extensive information about market innovations over the three days of the trade fair, and also attending the wide-ranging supporting events and the otherwise fairly rare opportunity to exchange views with colleagues and exhibitors on a face-to-face basis.

Expectations met on all sides

What makes the event equally attractive for both visitors and exhibitors is its unique depth of range which combines all areas of the health industry under a single roof. The wider range of visitors this attracts also benefits the exhibiting companies. Above all, the high proportion of decision-makers from the trade is a very positive feature, particularly in view of business conducted after the trade fair, thus once again confirming for the organisers that the concept of their event is absolutely correct.

Since its very beginnings, the EXPOLIFE INTERNATIONAL has made its name as a networking platform. Exchanging views and maintaining contacts in face-to-face talks is major aspect of visiting the trade fair for many people – and is also profitable for exhibitors. The newcomers among them, in particular, were given an extra chance this year for the first time to establish themselves on the market with start-ups being given an opportunity to present their goods and services, make contacts and thus get their “foot in the door” using a specially tailored all-in trade fair package in the newly created “newcomers area”. The conclusion after the premiere of this package was that it presented a win-win situation for everybody. Popular with visitors, the new area created an additional innovative focal point for the entire event. 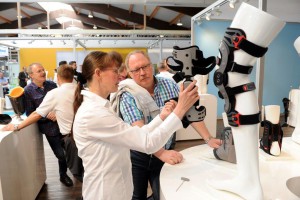 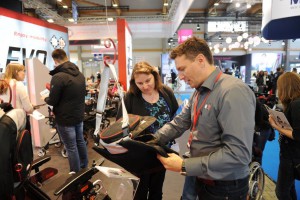 First-hand expertise was offered this year at 40 seminars covering a wide range of current topics from the health industry. Practical applications of products and regulations, financial management but also political aspects related to the industry attracted a great deal of interest from visitors. Above all, Dr. Roy Kühne, who is a member of the Bundestag, held his audience rapt with his presentation on the intended effect of the new law on health and medical devices, and also provided an outlook of health policy developments over the next legislation period.

An appeal for inclusion

One of this year’s most popular new features was the exhibition of work by the “Group Smirage” studio community. 26 artists from Munich, who work in the workshop for physically handicapped people run by the Pfennigparade Foundation, were invited to exhibit their work on the topic of mobility at the EXPOLIFE and created several moving and impressive exhibition areas, and all for a good cause. Many of the pictures changed hands and the proceeds went in full to the artists’ group. There was also the chance for visitors to win a prize. They were asked to vote for the best picture and at the end of the event it was raffled among everybody who took part.

Without the trade fair party it would not be a proper EXPOLIFE INTERNATIONAL. And so, once again this year the organisers and sponsors invited all visitors and exhibitors to celebrate with them. On the second day of the event, Hall 3 was declared a party zone after 5 pm. The buffet featured regional specialities which were supplemented by refreshing drinks whilst two bands provided musical entertainment for the party guests. The Honky Tonks and the BOPTOWNCATS kept the party bopping and lively until late into the evening. Perfectly arranged by Azh, Hermann Bock, Dietz, EGROH, Medi, Ofa Bamberg, Schein Orthopädie, Sporlastic, Sundo Homecare, Werkmeister and AVR, who worked together superbly to organise the whole thing.

The product innovations of the year

The EXPOLIFE NewsAward is also inextricably linked with this international trade fair. The candidates for the much coveted innovation prize once again occupied the special innovation area and sought the approval of visitors, which they gave using their voting slips, but this year there was a new feature as the three best of the year had not yet been selected by the end of the event. For the first time, visitors can also vote online until 9 May 2017 at www.expolife.de.

Dear exhibitors,
Over the past few weeks, many of our exhibitors have again received proposals from a company called International Fairs Directory based in Uruguay. These proposals refer to “Data Checks / The End of the Validity Period” and offer updated entries in the “Exhibitor Directory for Trade Fairs and Exhibitions” that are available at a cost under certain conditions. To our knowledge, exhibitors have been sent pre-formulated order forms that already contain details such as the name and dates of our trade fair and the exhibitors’ contact details. The small print on these order forms indicates that by signing them, the exhibitor will conclude a contract that will entail annual costs!

With this warning, we expressly declare that we have no contractual connections or relationship whatsoever with International Fairs Directory

We would like to remind our exhibitors that we, AVR GmbH, produce the official catalogues / trade fair guides by ourselves and contact our exhibitors directly.

If you ever have concerns regarding the supplier of a proposal or offer that you have received, please feel free to contact us.